A press release headline can make or break whether your press release achieves its marketing goals. After all, this is the first metaphorical step in the door when trying to grab the media’s attention.

That’s why your press release headline should not only be accurate but also attention-grabbing.

You want a headline that’s exciting enough to convince a journalist that your story is worth sharing with their audience. Yet, creating the perfect headline is a tricky skill to master.

It can’t be too short because it needs to have relevant information, and it can’t be too long or you’ll lose your reader’s attention — the headline sweet spot is around ten words or less.

In this article, we’ll break down ways to build a successful headline, as well as our top 5 press release examples that hit the nail right on the head.

The Importance of a Strong Press Release Headline

Drafting a press release is an integral part of a marketing strategy — but it’s not easy.

The number one question that should be top of mind as you create a press release headline is, “What is my press release trying to accomplish?”

Whether it’s a new product release, an award you’ve been given, a company event or another successful endeavor, a press release will help you tell the story how you want.

A press release headline is your best tool when it comes to reaching a broader audience. An attention-grabbing headline not only hooks your audience but also dictates how readers interpret and interact with the copy.

Play your cards right and the headline will help you influence how the PR is interpreted, covered and shared by journalists, the media, social media, your clients and potential customers.

Check out the difference between public relations and marketing here.

Think of writing a good press release headline as both a science and an art; there’s an accepted set of formatting guidelines and vocabulary that you must meet, but you have creative liberty when it comes to the actual words and style.

This may seem intimidating, but once you master the hard and fast rules of press release headlines, you can get to the fun part: creating an exciting narrative.

Below are some elements that will help you write a successful press release headline, whether it’s your first or hundredth:

Get weekly insights, advice and opinions about all things digital marketing.

Thanks for subscribing! Keep an eye out for a Welcome email from us shortly. If you don’t see it come through, check your spam folder and mark the email as “not spam.”

Now that we’ve covered different elements that can build the perfect press release headline, here are 5 examples of successful headlines that can inspire your future press releases:

Why it works so well: Right off the bat, this headline summarizes the entire story in one short sentence. Without even reading the rest of the press release for details, the audience instantly understands what happened and why it’s being shared.

Not only that but highlighting the student that won the award at the beginning of the headline (rather than the NASA brand) creates a feel-good narrative that will inspire journalists to latch onto the story. It replaces what could come off as NASA patting itself on the back into a community piece about a young student who’s achieved a rare award. Meanwhile, it also debuts NASA’s next Mars Rover.

Once hooked, journalists will read on to discover more about the history of the Mars Rover and any other details that NASA wants to be shared.

The press release headline: “Heinz Is Searching for Its First-Ever ’Head Burger Artist’”

Why it works so well: What could have been an ordinary announcement of a ketchup design contest quickly becomes an active search for the one-of-a-kind “Head Burger Artist” crown.

Heinz took their design contest and made it a public quest to find a winner — a very sword in the stone move for them. Color me impressed!

This headline announces a new event for the company and creates an immediate call-to-action that can excite readers and journalists to share the press release. It’s newsworthy and fun.

The press release headline: “ModCloth Breaks Up With Black Friday”

Why it works so well: This ModCloth headline, released on PR Newswire, finds that perfect balance between comedy and news. Turning the concept of a romantic “break up” on its head, ModCloth uses this term to announce that it won’t be participating in Black Friday, unlike other brands.

This tongue-in-cheek use of vocabulary turns what could be disappointing news for shoppers (after all, it means no insane deals or sales) into an empowerment move for ModCloth employees and buyers alike. Pretty clever.

In less than six words, the reader is hooked by the fun language, understands what the story is and has a positive interaction with the brand — just through the headline. 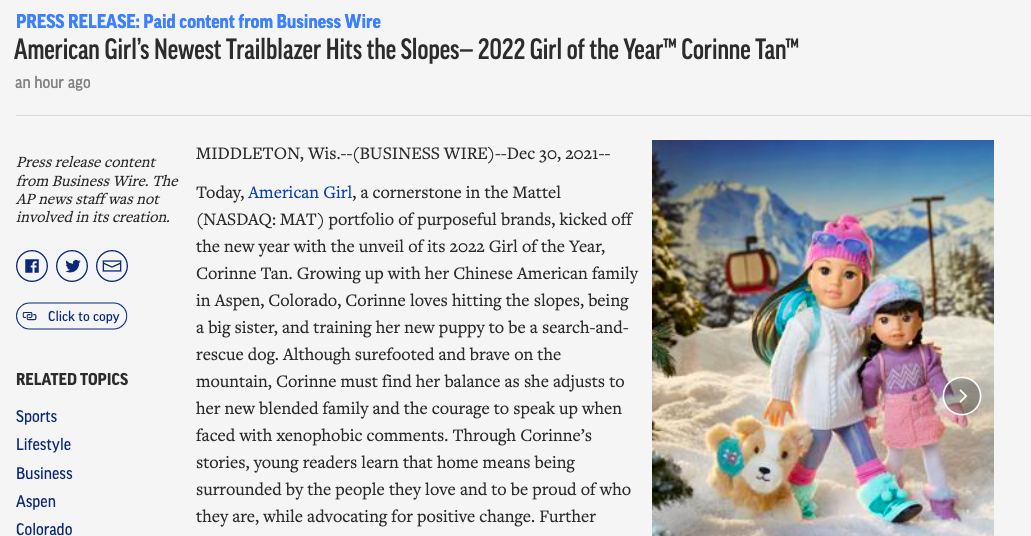 Why it works so well: American Girl is a brand for children, so it makes perfect sense that they’d use exciting vocabulary and tone to share a new doll, such as “newest”, “trailblazer” and “hit the slopes.”

Similarly, this headline nails the active voice that should always be used in press release headlines. No matter when the event occurred or will occur, the present tense needs to be used in the headline. The American Girl team utilized this headline rule to paint a picture of the new doll coming to life — she literally “Hits the Slopes.”

The goal of each American Girl doll is to inspire children, so it makes perfect sense that their press release headlines should match that aspirational mission.

Why it works so well: This World Meteorological Organization’s press release example shows that an effective headline can also be straightforward. Since the subject matter is serious (climate change effects on Arctic temperature), the headline should be similarly factual.

Without being hyperbolic, WMO includes the record-breaking data point that signifies concern for the Arctic by recognizing that this is a “new” and “record” temperature. Instantly, a journalist or reader can understand that this is a never-before-seen climate extreme by scientists that needs to be shared with the science community.

When writing your press release headline, keep in mind that you’re competing for attention. Thousands of press releases are distributed each day and you don’t want yours to be lost in the crowd.

With all of this information in mind, you may feel overwhelmed as you approach your next press release. Don’t worry, just take a deep breath.

Your key takeaway is to focus on your target audience. Will they want to read this? Is it shareable?

And if you’re feeling stuck with writer’s block, just come back to this article for inspiration and tips.

There are infinite ways to market your company, and as the industry evolves, so should your strategy. If you’re looking to keep ahead of the competition and drive success, consider subscribing to our newsletter. Sign up now and gain access to the latest marketing tips, advice and recommendations. 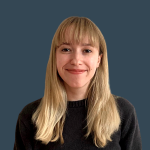 How to Convert HTTP to HTTPS: A Quick Guide (Infographic)

HTTPS is the new security standard, and marketers who’ve yet to make the switch are already far behind their digital peers.

What Is Visual Storytelling? (With Examples + Infographic)

What is visual storytelling and how can your brand use visual media in your marketing? Learn from these visual examples.