Saturday Night Live is an American institution, entertaining late-night audiences and generating ponderous think pieces for more than 40 years. And while comedy has changed over that time, SNL’s winning formula has not: cull together the most talented comedic performers from across the country, set them up with a slew of witty (and often Ivy League-educated) writers, bring in the hottest names in showbiz and music and let the cameras roll.

That “not ready for primetime” approach has paid off with some transcendently funny moments (the “cowbell” sketch,  “Celebrity Jeopardy,” Stefon and “Old Glory Insurance” to name just a few). Of course, over the course of four decades, the show’s had its fair share of stinkers too (“Mango,” “Mr. Peepers,” heck, anything from the mind of Chris Kattan).

Part of what’s kept SNL relevant and fresh throughout the years, in spite of its fairly rigid format, is its ability to reinvent itself every few seasons with an influx of new talent that reflects shifting standards for comedy (it’s hard to imagine “Opera Man” or “Goat Boy” finding an audience today, for instance).

Most of all, though, Saturday Night Live has found new life in the digital age thanks to video streaming sites like YouTube. Fans both young and old can comb through the show’s archives to watch just about any skit, guest-host monologue or musical performance in SNL’s storied history.

So, which sketches really resonate with digital audiences? Thanks to YouTube’s viewing numbers, we can get a pretty good sense of which SNL videos are the most popular. Using YouTube total views, it becomes pretty clear the kinds of skits that digital audiences tend to gravitate toward these days. Spoiler alert: Sprockets is not one of them.

Although the results predictably skew toward more recent skits, there are some surprise entries that managed to crack the top 10. Check out some of the most notable inclusions from the most widely viewed SNL videos on YouTube:

Harry Potter’s massive and enduring popularity notwithstanding, this one comes as kind of a shock. The skit, which revolves around various male Harry Potter characters ogling a post-puberty Hermione, is pretty one-note. And while having Hermione played by Lindsay Lohan at the peak of her popularity makes the parallels between celebrity tabloid culture and the on-screen characters’ grotesque behavior more explicit, it also kind of dates the thing considering the actress’s blink-and-you’ll-miss-it career.

The only way to really explain this skit’s place at the very top is to look at is original air date: May 1, 2004. That would be less than a year before YouTube launched, meaning it was still pretty fresh and relevant during the early days and has had the site’s entire history to build up page views.

Since the days of Will Ferrell and Darryl Hammond, SNL has mined Jeopardy! parodies for laughs. Updating the format for the Trump presidency, this skit features Tom Hanks as a stereotypical MAGA supporter and contestant on the fake game show. Although he initially seems to be in over his head, Hanks’ character proves quite adept at answering the black culture-focused questions, highlighting the shared experiences and mindsets that connect America’s working class. This is one of those rare moments where SNL actually has something poignant and insightful to say about modern life.

There’s just no way to overestimate how much people love Star Wars, I guess. This spin on the popular reality show, “Undercover Boss,” (which is still on the air, apparently) has the villainous Kylo Ren donning a disguise and walking the halls of his Starkiller Base as a low-level grunt, Matt. You kinda have to be a big Star Wars fan to really understand – or care – about the jokes in this one. Not the like the recent Christmas dinner Weezer sketch, which I think we can all agree can be loved and appreciated by all.

No pop-culture references, social commentary or political figures to skewer in this one. “Close Encounter” mostly serves as a showcase for Kate McKinnon’s incredible comedic chops and character work, giving her space to steal the show as a nonplussed, chain-smoking alien abductee.

As McKinnon’s character recounts her unpleasant extra-terrestrial experience in hilarious (and often explicit) detail, her veteran cast members begin to crack, struggling to stifle their laughter. Cast members “breaking” during a skit is a long-standing SNL tradition, but unlike the numerous instances involving Jimmy Fallon, this one actually feels earned.

It’s the kind of timely and ultra-detailed skit that brings in big ratings in the moment but will probably leave viewers years from now wondering what the cardboard cutout of the girl from “Charmed” was all about. 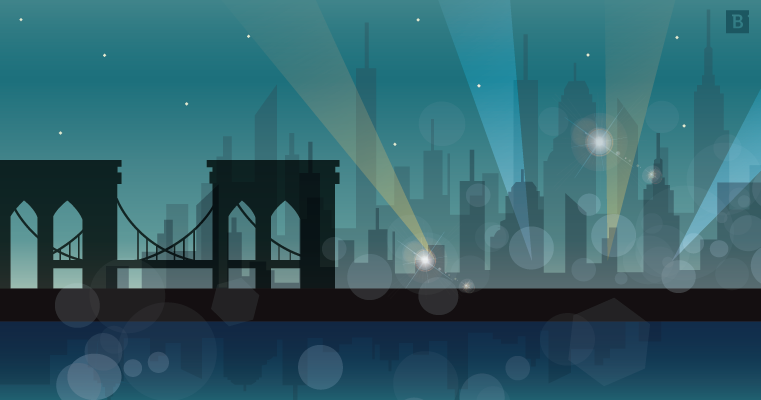 What’s interesting about the most popular SNL videos on YouTube is how little overlap there is with the accepted classics in the show’s history. You won’t find Wayne’s World, Matt Farley, James Brown’s Celebrity Hot Tub Party or Andy Kaufman’s Mighty Mouse bit anywhere on the most-viewed page. By far the oldest skit here originally aired 15 years ago. Even if we extended our scope to cover the top 20-30 videos, the list would be populated by bits revolving around news items, pop culture phenomena (Stranger Things, Fifty Shades of Gray, The Walking Dead) and political events (Trump, mostly) that date back only a few years.

What does this all tell us about digital audiences today? Clearly, they crave fresh content that taps into the latest trends and news. They’d rather watch the billionth skit skewering Donald Trump than revisit decades-old characters – like Land Shark or the Church Lady – who are supposedly “timeless.”

If we stretch that lesson to the world of content marketing, it highlights the importance of keeping your blogs, landing pages, videos and graphics up to date and reflective of the times. That’s not to say that evergreen content is less valuable than trending topics, but refreshing your content every now and then to account for the latest industry developments, market trends and search engine updates can breathe new life into outdated or stale content.