Most people would rather spend their time watching a video than reading an article that explains the same concept. That’s not just because people don’t want to read – although that might be part of it, considering that the average person only reads 25 percent of an article before clicking away.

This phenomenon can also be attributed to the idea that information presented with voice and graphics is generally more memorable and easier to understand than printed text. Businesses today can’t ignore the importance of including video in their marketing strategies. Explainer videos can be incredibly valuable tools that drive demand and conversions. 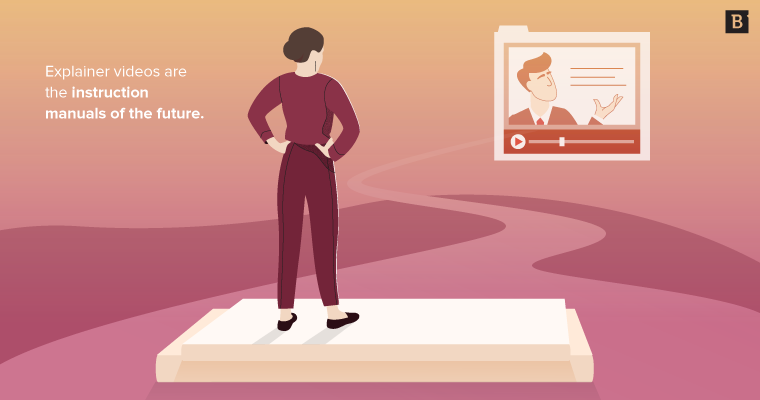 Elements of a great explainer video

Think about who you want to watch your video. It’s probably someone who has financial decision-making power at his company, or someone who reports to that person. The watcher clicked on your video as a part of her research, and she’s only got so much time to spend in research mode.

My point is, get to the point.

Have a clear message, and deliver it concisely. MediCompare does this well in their 30-second explainer video. By second 7, you know exactly what problem the video will address: the search for affordable health insurance.

The explainer video making process begins way before you touch video editing software. The script is the backbone of your video, so make sure it’s a strong one. Since you probably want your video to be on the shorter side – we usually recommend between 60 and 90 seconds – your script needs to be clear and concise.

While timing is important, it shouldn’t be your main focus. Worry about creating a firm message before getting down into the nanoseconds. Generally speaking, as long as you keep your video shorter than 2 minutes, you’re in the clear. In fact, a Think With Google study didn’t find much difference in view-through rates, ad recall or brand favorability between a 30-second video and a 2-minute video.

Once the script is written, you need someone to read it. Choose someone with a great voice who can enunciate the script well. This can be a voice-over actor, someone from your team who happens to have a radio-ready voice or a leader in your organization.

One of Uber’s recent videos, for example, features the company’s new CEO, Dara Khosrowshahi. His presence on the video reinforces the message of sincerity and dedication to moving Uber in a positive direction.

A strong script played over boring imagery won’t hold your viewers for long. Most videos posted on social media are played without the sound on anyway, so it’s up to the visual elements to keep watchers engaged.

Choose every visual carefully. They should reflect the message and the tone of the video and reinforce important points.

There’s no single style of visual that’s better than another. Get creative with your videos. Doing something different can cultivate a lot of attention.

The final ingredient of a good B2B explainer video isn’t something that supports the viewer-friendly nature of the video, but is what gets you the results you want: a call to action. Tell the viewer exactly what to do next.

Say you have an explainer video describing a new product. Your customer watches the clip, loves the product and wants to buy. You’ve created the interest, but if you don’t tell them how to make the purchase, you’ve lost the sale. Is it on your site? At a store? Available for pre-order? Whatever it is, say so.

What do explainer videos explain?

Anything you want your audience to know. Explainer videos don’t just have to review the core functions of your company or the details of a new product – although these are all useful and popular subjects for explainer videos.

But don’t feel like you can’t stray from the path most often taken. Explainer videos can also go in-depth about an industry trend or a need-to-know topic. They can answer a common question that you hear from your customers, or examine the reason behind a common problem.

MuleSoft does this well in their explainer video, What is an API?. The software company builds application networks to help companies connect systems, which can save them big bucks in the long run. The problem is, there are many people with decision-making power that don’t understand the complex aspects of what these networks and systems are, or how they’re all connected. Lack of information about these problems means lack of demand for the solutions that alleviate them.

So, the company creates videos that explain these high-level topics to the average viewer. Once the viewer learns these new concepts, they gain a better understanding of the importance of MuleSoft’s services, which in turn supports business goals.

No matter the subject you choose, make sure you stick to it. Don’t veer off course with unrelated tidbits, and don’t switch direction half-way through. Nearly the entire 3 minutes and 24 seconds of MuleSoft’s API video is dedicated to answering the title question. The first two seconds are reserved for its logo, and the company’s name isn’t mentioned until 3:18. They don’t try to push their services or talk up their own expertise. They only want the watcher to know what an API is.

There’s no single best type of explainer video, but certain styles support some messages better than others.

Fun animations work well for exciting and up-beat tones. Live action videos are great for making a connection with your audience, which is important if you’re delivering a serious message. Whiteboard explainer videos have the unique ability to explain intricate concepts because they can include sketches, words and numbers that speak to the topic.

Here are some of the most popular types of explainer videos:

The best animation videos are ones that capture the imagination while also providing helpful visual aids.

Animations can be balanced with real images or video clips that support the message. Duluth Trading Company’s commercials use this tactic to highlight the product being described in each video, like this one for the brand’s Free Swingin’ Flannel shirts:

The only real-life imagery used is the shirt itself, calling attention to the product. The animation is entertaining and contains elements of fantasy, like an armpit-licking moose.

Whiteboard explainer videos are effective because they’re fun to watch and display information in a format that’s easy to consume. While they’re great at breaking down complex information in professor-like style, they can also add interest to the subject, too.

Stop-motion animation is a time-intensive format, but the impressive results can be worthwhile. These are comprised of static photos that are displayed for fractions of a second. Choppier videos may have 10-15 frames per second. That means you need 150-225 photos to make just a 15-second clip, which is what you’d need for Instagram. It’s OK for videos to be a bit choppier – it doesn’t have to look Pixar smooth (24-60 frames per second) to capture audience attention. Check out this one, created by Trisha Zemp for Bath & Body Works:

Live action video is great for establishing connections with your audience, making it an ideal platform for delivering messages that need to come off as sincere or personal. But they can also employ elements of theater and humor, too. One of the most popular live action videos is Dollar Shave Club’s video explaining their subscription model:

It went viral, not because everyone wants to get razors in the mail every month, but because the video is hilarious.

Live action videos can also be enhanced with graphics to display additional information or represent invisible features like cloud compatibility for software.

Displaying just the words being said can call attention to the importance of a message. It’s simple yet engaging, especially when you add some animation, and variation in typeface, color and style. As an added bonus, these are relatively quick and inexpensive to produce.

Screencasts, videos that display exactly what you’d see on your monitor, are excellent for software tutorials. If you have a computer-based product that requires a little bit of education on the user’s part, screencasts are your friend. They allow the user to follow along or rewind when they didn’t get something right, plus are fairly low-cost to make.

Are you making video work for your business?

If you’re not already investing in video marketing, you’re probably missing out. Pages that include video generally hold viewers’ attention for 2.6 times longer than those without – that can be the difference between a customer who understands your product and one that has no idea what you do.

Video can elevate your success and entertain your customers, too. So, don’t get camera shy. Begin with one video and see where it can take your company. 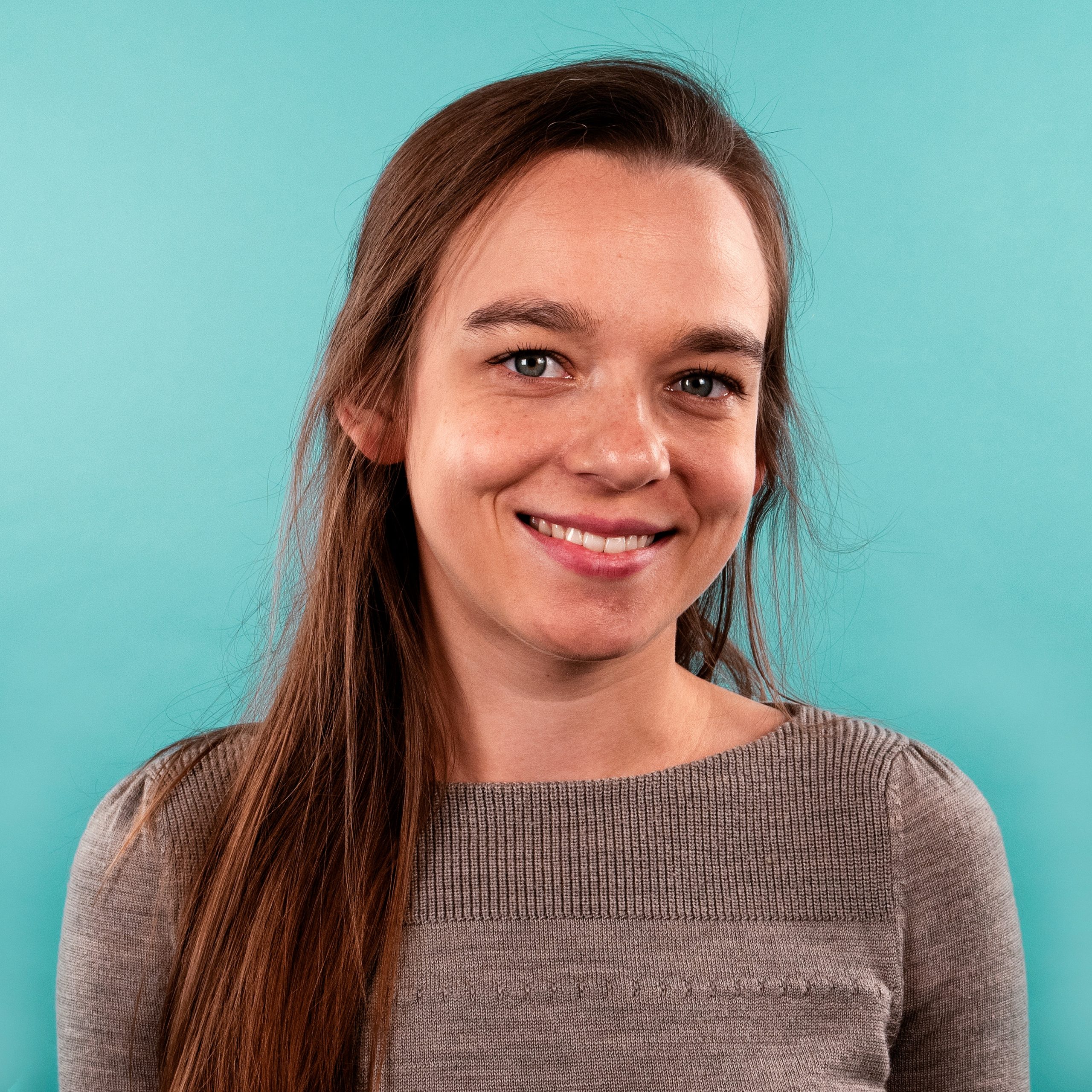 Why Real Estate Video Marketing Is Essential in 2021

Video drives reliable lead generation in real estate marketing. In this guide, we’ll examine what types of video to create, and how to make and share them with your audiences.